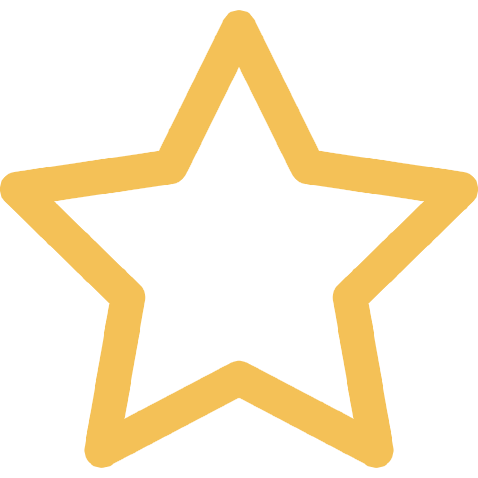 Canada’s universal, publicly funded health insurance system provides Canadians with access to medically necessary hospital and physician services without paying out-of-pocket. However, prescription drugs are not covered by the publicly funded health insurance system unless they are used in hospital. This means that there is no universal access to medically necessary prescription drugs. Canada is the only developed country with a universal health care system that does not provide universal coverage of prescription drugs. The gaps in coverage combined with the growing costs of drugs has revived the idea of creating a national pharmacare program.

The idea of a national pharmacare program in Canada is not new, it has surfaced repeatedly since the 1960s but has never come into being because of economic and fiscal conditions and shifting priorities.. The design and implementation of a national pharmacare program in Canada is complicated by the fact that jurisdiction over pharmaceuticals is shared between federal and provincial governments. Global evidence suggests that pharmacare is the best system for achieving universal access to necessary medicines, fair distribution of prescription drug costs, safe and appropriate prescribing and maximum health benefits per dollar spent.

Current drug coverage in Canada is an incomplete “patchwork” of 100 public plans and 100,000 private insurance plans, with variation in coverage depending on location, and in some cases, workplace, age, income and specific medical needs. This system results in about 95% of Canadians being eligible for some form of prescription drug coverage.  Canadian patients who do not have any drug insurance and those with insurance plan deductibles or co-payments pay out-of-pocket costs for prescriptions in the amount of $6 billion for prescriptions, or 22% of all prescription drug costs in Canada.  Prescription drug spending (both public and private costs) in Canada has ballooned from $2.6 billion in 1985 to $34 billion in 2018.   Canadians pay disproportionately high drug costs, with brand-name medications costing on average 20 per cent more compared to other advanced economies.

Today, prescription drugs are one of the most important components of modern health care. When prescribed and taken as directed, they can prevent and cure disease and extend and improve the quality of life. The amount spent on prescriptions drugs has increased rapidly over the last 20 years. Drugs coming to market today are increasingly expensive. These drugs pose challenges for individual Canadians and families to pay for them and issues for long-term sustainability of employer-sponsored and government drug plans. Survey data suggests that 1 in 10 Canadians do not take their medicines as prescribed because of costs.

The Federal Liberal government began the process of staking its position by appointing former Ontario Health Minister Dr. Eric Hoskins to creating the Advisory Council on the Implementation of National Pharmacare in Budget 2018. As the name implies, they believe pharmacare is the solution, however pharmacare can take many forms. The Council produced an interim report in March 2019, that appeared to take middle of the road approach that recommended measures to create a national formulary and take action on expensive drugs for rare diseases.

The Advisory Council’s final report was released in June 2019. The Council’s final recommendation is that the federal government should work with provincial and territorial governments and other stakeholders to establish a universal, single-payer, public pharmacare in Canada. National pharmacare would be enacted through new legislation embodying the five fundamental principles in the Canada Health Act: universal, comprehensive, accessible, potable and public. The report proposes a stepwise implementation of pharmacare.

The first step in national pharmacare would be the creation of a Canadian drug agency. Federal Budget 2019 included funding to create a new “Canadian Drug Agency Transition Office” with $35 million over four years, ending in 2022-23. The new agency will be an arms-length organization that is impartial and independent governed collaboratively by the federal, provincial and territorial governments and with patient representation on the board. It will be tasked with creating a national formulary by assessing the effectiveness of drugs through evidence-based evaluations and the best “value for money” drugs. The initial formulary will be a list of essential medicines covering most major conditions and include medications that make up about half of all prescriptions. The initial formulary would be available through national pharmacare beginning January 1, 2022. The government suggests that stronger central negotiating power could reduce the cost of prescription drugs by $3 billion a year.

It will be up to individual provinces and territories to opt in to national pharmacare. There would be a low copayment that would not pose a barrier to access.

A national strategy for high-cost drugs for rare diseases will also be created to help Canadians get better access to effective treatments they need and will be a first step in expanding drug coverage through federal support. Budget 2019 proposed to invest up to $1 billion over two years, starting in 2022-23, with up to $500 million per year ongoing.

The final recommendation from the Advisory Council on the Implementation of National Pharmacare, to create a universal prescription drug coverage in Canada may form the basis of the Liberal position on the matter heading into the Federal election.

Work needs to be done to reign in the rising cost of prescription drug costs in Canada. Canada needs to develop a plan to pay for the program ahead of implementation. Action should be taken to reduce costs such as volume purchase leveraging, conversion to generic brands, reducing over prescription and conversion of prescription medications to over the counter. In addition, questions remain about implementation of a program like this because the provinces and territories have jurisdiction to deliver this service but have not been adequately consulted. Significant negotiation would be required for the federal government to set a national formulary and provinces would have the right to refuse adherence.

This is a long-recognized problem which the Conservative government made worse and the Liberal government stalled on taking action. Will expand Medicare to include “quality prescription drug coverage for everyone”, with no costly co-payments, deductibles and premiums. Universal, single-payer system will save money and improve the health outcomes of Canadians. This program will save business money because they will no longer need to pay for extended health benefits. The NDP will begin working with the provinces right away, the target start date for this program would be late 2020 and would have an annual federal investment of $10 billion.

The Green Party is committed to the principles of universal primary health care model and opposes privatization. It supports expanding the Canada Health Act to include universal pharmacare and dental care for low-income Canadians. It will create a bulk drug buying agency and reduce drug patent protection period.

The Green Party’s plan to introduce universal drug coverage for Canadians that will fully cover the cost of drugs on the formulary with no co-payments, co-insurance or deductibles will cost about $27 billion in its first full year (2020-2021) according to the Parliamentary Budget Office. The cost would increase to $31 billion in 2024-2025. The plan would see the federal government pay for the entire cost.

The Liberals announced Monday a commitment of $6B over four years as “down payment” to improve the health system, including improving access to family doctors and mental health services, expanding home care and reducing the cost of prescription drugs. The money committed would act as a “down payment” to launch negotiations with the provinces on pharmacare. The announcement promises a rare-disease drug strategy and to negotiate a national pharmacare program with the provinces. Trudeau did not provide details on the plans for a universal pharmacare system or costing but indicated the system would be based on the report “A Prescription for Canada: Achieving Pharmacare for All,” provided by an advisory council appointed by the Liberal government. The press release indicated that the promises would cost $750 million in 2020-21, rising to $1.75 billion in 2023-24.

The Green Party is committed to the principles of universal primary health care model and opposes privatization. It supports expanding the Canada Health Act to include universal pharmacare and dental care for low-income Canadians. It will create a bulk drug buying agency and reduce drug patent protection period.

The federal government announced final amendments to the Patented Medicines Regulation, which will modernize the Patented Medicine Prices Review Board and change the way new drug prices are evaluated. In the Advisory Council on the Implementation of National Pharmacare’s final report, they deemed strengthening the Patent Medicines Regulations to lower drug prices as essential and as a move towards National Pharmacare. These changes will come into affect in July 2020 and will protect Canadians from excessive prices.

The NDP are pressuring the Trudeau government to disclose how they are planning to ensure that Canadians can continue to access needed medication after Trump’s decision to allow importing prescription drugs from Canada into the United States.

The Trump administration reversed decisions by previous administrations and announced that it will create a system to allow Americans to legally import prescription drugs from Canada. Prescription drugs in Canada often have lower prices because the government plays a role in setting prices of generic and brand-name medication. It is unclear what impact this will have on the Canadian drug supply, which has experienced an increasing number of shortages in recent years. There is concern that Canadian suppliers will have capacity issues in meeting the demands of Canada and the much larger U.S. market. Recently, 15 organizations representing patients, health professionals, hospitals and pharmacists warned the Minister of Health that there would be potential for increased drug shortages if the Canadian medicine supply tries to support both Canadian and U.S. consumers. Health Minister Ginette Pepitas Taylor made a statement in response to the U.S. announcement and said, "(We) will be working closely with health experts to better understand the implications for Canadians and will ensure there are no adverse effects on the supply or cost of prescription drugs in Canada.”

Clearing the Air on Pharmacare

From a political perspective, the Liberals had long planned to make Pharmacare a differentiator between themselves and the Conservatives.